The “Under-Boob” Trend Is Reaching K-Pop, And Netizens Have Mixed Feelings 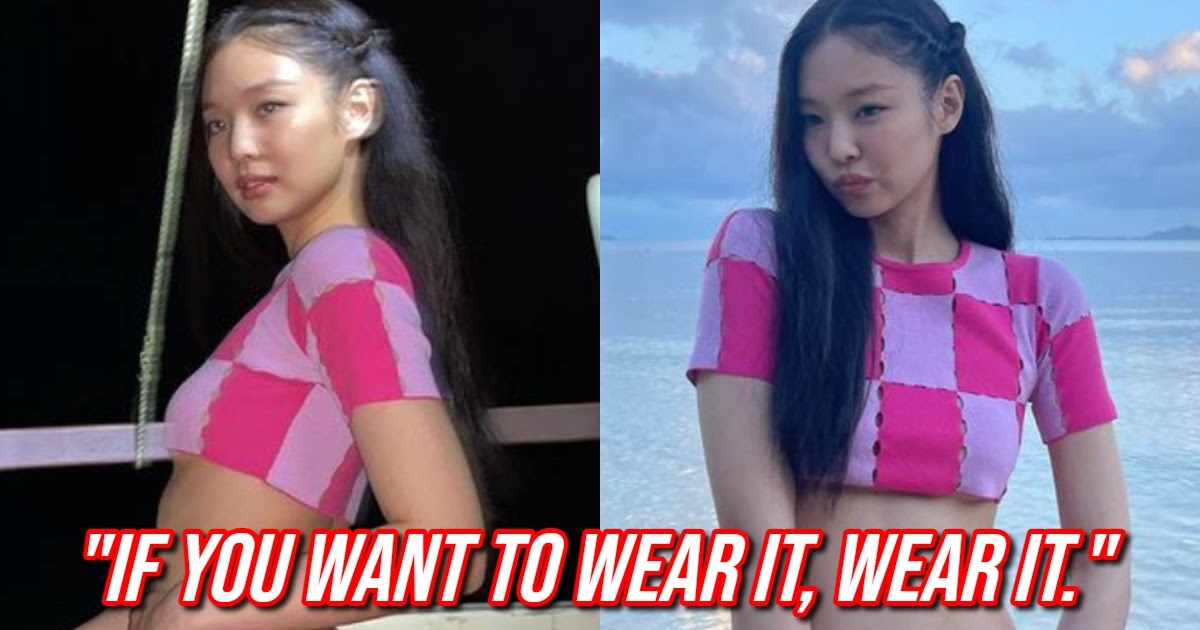 Fashion trends come and go in the K-Pop industry, with some receiving more praise or criticism than others from different parts of the population.

A recent “trend” that has been appearing more often among female K-Pop idols is one that has been met with a fair amount of controversy.

The “under-boob” is not a new concept to the fashion world, but it is one that hasn’t really been seen before in the K-Pop industry. Recently, however, there have been a few female idols wearing the trend, and it has garnered enough attention to become a topic of interest among netizens.

BLACKPINK‘s Jennie was one of the first to be seen trying out the trend while she was in Hawaii back in early March. The pretty pink crop-top she wore for the Jacquemus Spring 2022 Ready-to-Wear Show was just short enough to give the slightest peek at the right angles.

Soloist BIBI tried it out as well during a recent appearance on Entertainment Tonight. Her outfit was a little more revealing, but she wore it with confidence and poise!

Finally, a rookie idol has recently been seen wearing the “controversial” fashion trend as well. In LE SSERAFIM‘s “2022 ‘FEARLESS’ Show”, member Chaewon could be seen confidently working the runway in a crop top that gave just a peek of the underside of her chest.

You can watch the whole video here:

As with anything that involves showing the female body, of course, the reactions to the trend were mixed. There were many comments posted online by anonymous users on various articles who criticized the “under-boob” style. For example, these were some comments on a Pann article written by a critic.

“I f*cking hate under-boob. Femis are running around acting like we’re oppressing women rights if we censor under-boob trend.”

“The reason women rights are getting downgraded is because they’re exposing more and more..”

Others seemed more concerned about the repercussions of such a trend, such as these comments on the “Women’s Era” Daum café.

“I’m afraid that if this becomes a trend in our country, boob surgery is going to get popular too.”

“If you raise your arm, or wind blows, you risk exposing the whole boob.”

“This is a trend that caters to men.”

On the opposite side, others expressed being fine with the trend, such as these comments on the largely male-dominated community “Femco” by FM Korea.

“Is anyone forcing you to wear it?”

Comments on an article posted by Naver were also overall positive towards the trend, and even criticized those who were speaking out against it.

“Jennie was minding her business being hot and here comes insecure nasty men. She can wear whatever she pleases.”

“if it makes you uncomfortable, then close your eyes”

“Weird fashion trends come and go. It’s not that serious. Next up, somebody brings back MC Hammer pants.”

“No one in their day to day life is wearing an under boob shirt anyway. And if they are, just mind your business. It’s that simple.”

On a lighter note, Wonho seems to be a fan of the trend as well.

It will be interesting to see if this trend sticks around, or if it’s just another quick fad that will be replaced by something else!

TWICE’s Nayeon Was Worried The First Time She Heard The Demo Version Of “POP!”—Here’s Why